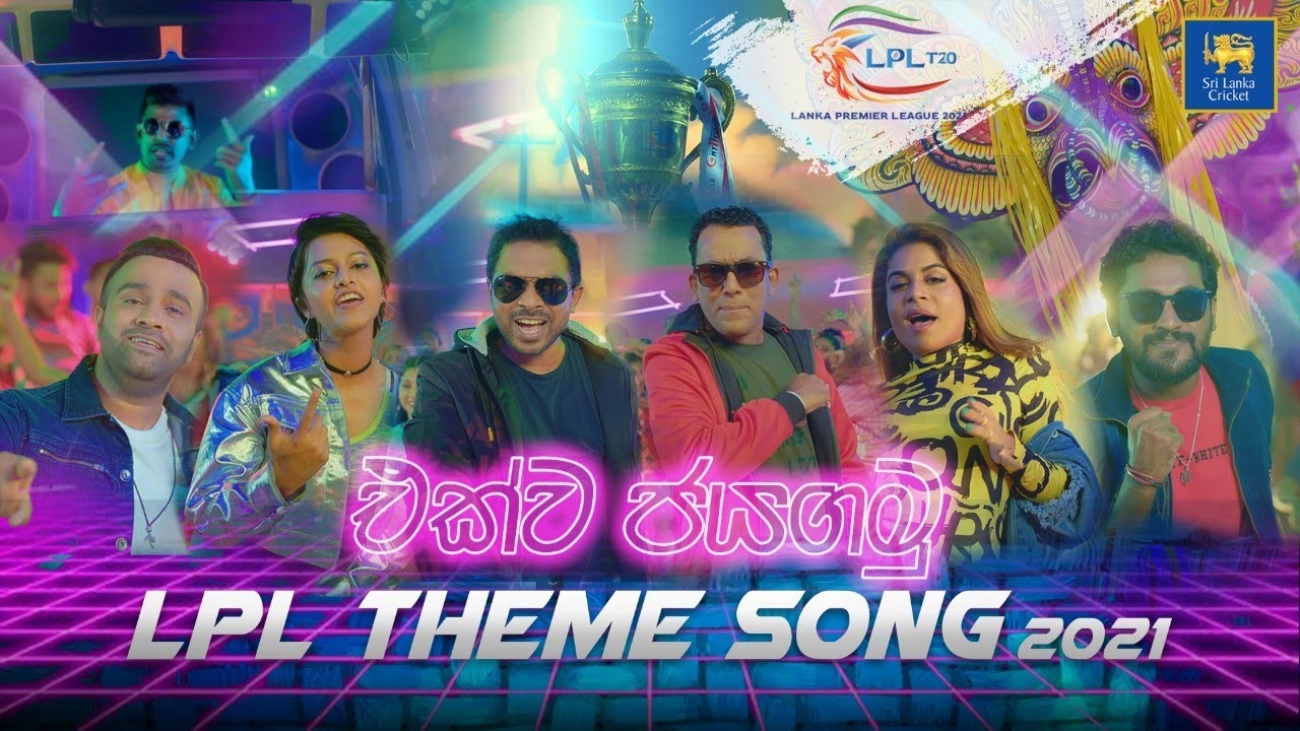 The Lanka Premier League organisers, the IPG Group released the ‘Ekwa Jayagamu’ LPL song sung by a stellar line-up of artistes at the launch event, in support of the teams. Sri Lanka’s premier connectivity provider, Dialog Axiata PLC, has also come forth to power the 2021 edition of the Lanka Premier League (LPL) as the official Telecommunication Partner for the tournament.

LPL is a world-class cricket tournament set to feature the best in talent from across the world and also acts as a proving ground for Sri Lanka’s budding cricketers, providing them with the chance to display their skill and showcase the wide array of local talent, setting them on the path to featuring for the national team. “Ekwa Jayagamu” the theme song for the tournament, features a number of Sri Lanka’s most famous pop-stars, which includes ‘Bathiya and Santhush’, to Yohani, Sanka, Sajitha, Umaria and ADK.

The tourney will commence on December 05th 2021, while the grand finale will be played at the Mahinda Rajapaksa International Cricket Stadium, Sooriyaweva, Hambanthota on December 23, 2021 from 7:30 pm. The five franchise teams, Colombo Stars, Dambulla Giants, Galle Gladiators, Jaffna Kings and Kandy Warriors will battle it out on 24 league and knockout matches in the 2021 tourney. In the inaugural LPL in 2020, Jaffna Stallions, skippered by the experienced Thisara Perera, defeated the Galle Gladiators to clinch the coveted title.

Commenting on the launch of the LPL, Minister of Youth and Sports, Namal Rajapaksa, stated, “Developing our young cricketers is a top priority for Sri Lanka, and we look forward to the upcoming Lanka Premier League as an avenue to accelerate their development. I am thankful to Dialog Axiata for hosting the launch event, and also look forward to a tournament that is sure to be filled with memorable matches”.

Speaking at the launch event, Mohan De Silva, Secretary of Sri Lanka Cricket said, “High-calibre tournaments such as the LPL act as an incubator for SLC to identify and nurture players who will one day represent the national team and bring glory to the country at the international level. Budding players get much-needed exposure playing with and against foreign players which will shorten their learning curve. I wish the LPL the very best for a successful tourney.”

Anil Mohan – Founder & CEO of The IPG Group commented “The Lanka Premier League official song shows the essence of the competition. The brilliant line-up of artists have produced a fantastic song and we hope that the cricket fans around the world will enjoy the song and also get attracted to the league.”