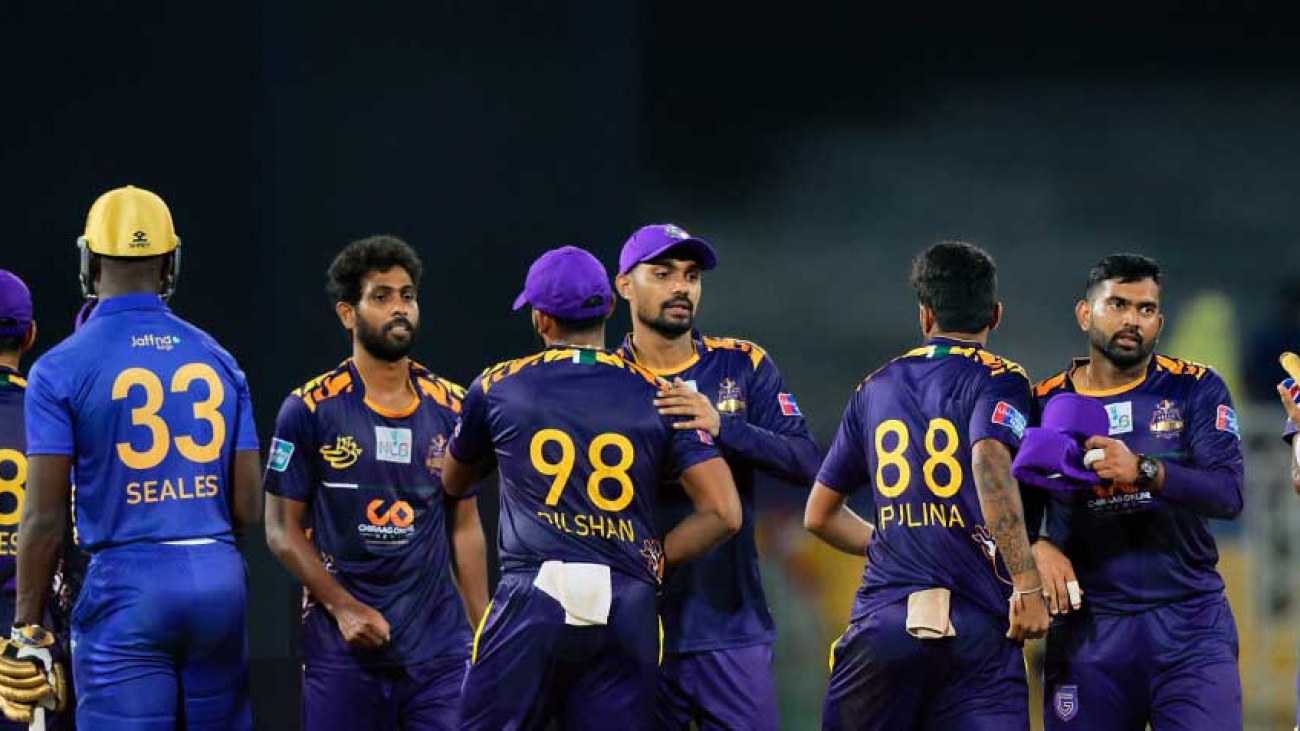 If the left-handed mauler of the ball was the trump card batter of the momentous tournament opener, Samit Patel with whom he set a ball rolling 40-run 5-wicket partnership, capped it with an all-round Player of the Match performance rounded by his 3 for 21 in decimating the Kings.

Upfront, Rajapaksa figured in a 4th wicket paring of 52 with Ben Dunk who made 17. The highest Jaffna Kings could offer was Wahab Riaz 27.