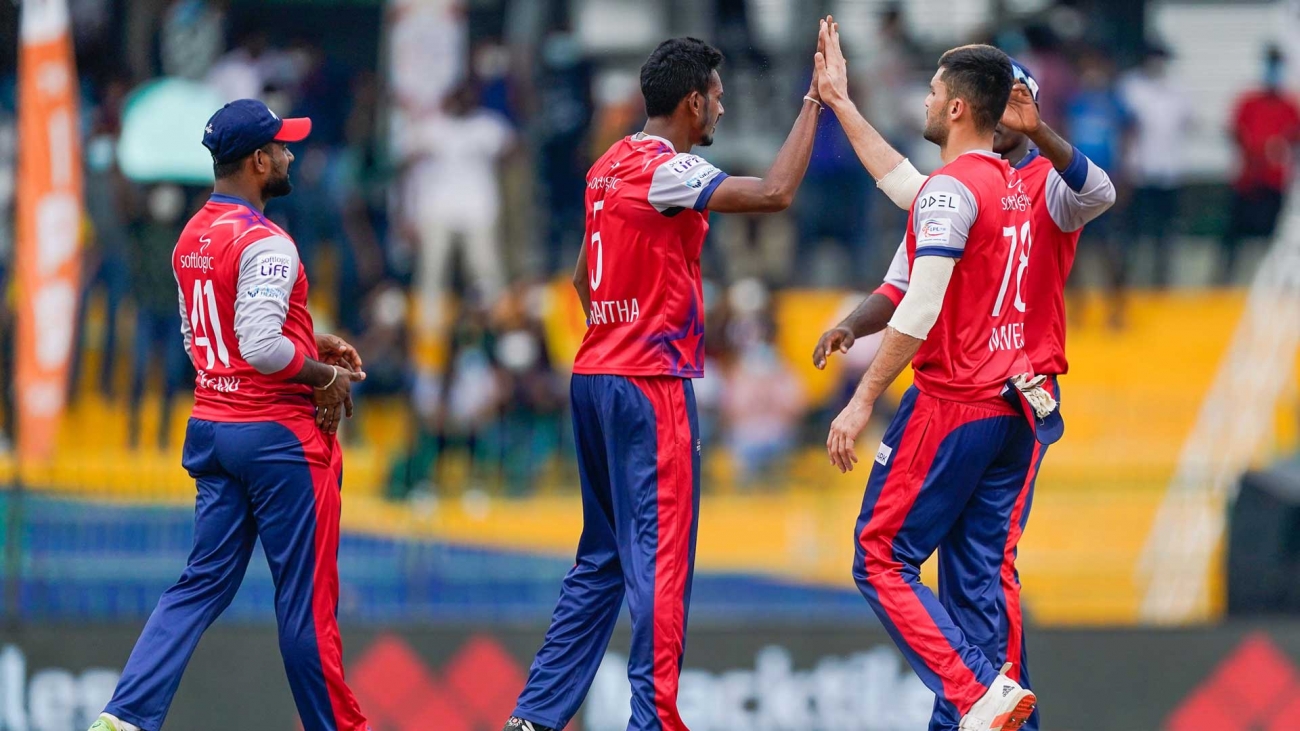 Seekkuge Prasanna smashed unbeaten-32 off 6 balls, as he hammered 5 sixes to guide Colombo Stars to a nail-biting 5-wicket win over Kandy Warriors in the Lanka Premier League 2021 match at R. Premadasa Stadium on Tuesday. Chasing 147, the Stars found themselves in a spot of bother after Sachindu Colombage dismissed Dinesh Chandimal in the fifth ball of the 18th over.

Needing 37 to win from 13 balls, with five wickets in hands, Prasanna came to the crease to hammer his first six on the first ball he faced from Colombage.

In the next over from Binura Fernando, Prasanna once again struck a six on the penultimate ball, before running a double on the final ball of the over to put Sherfane Rutherford on strike at the start of the last over.

Lahiru Kumara was given the responsibility to bowl the last over for the Warriors, and Rutherford did well to run a single on the first ball to bring Prasanna back to strike. The right-handed batsman struck three consecutive sixes to help his team pick up the win with two balls to spare.

Earlier, Colombo Stars captain Angelo Mathews won the toss and elected to bowl. Kandy Warriors openers Kennar Lewis and Charith Asalanka stitched a solid 71-run stand for the first wicket. But after Asalanka was dismissed by Dushmantha Chameera in the first ball of the 9th over for 28, the Warriors lost the plot and went on to lose wickets in quick succession.

Chameera starred with the ball for Stars, picking up four wickets for 35 runs in his four overs, while the rest of the bowling unit chipped in with a wicket each. Apart from Lewis’ 62, no other Kandy batsman could get going, and they could only muster 146/9 in 20 overs.

Colombo Stars started the chase poorly as Pathum Nissanka was dismissed for a duck on the third ball. Stars kept losing wickets at key moments and found themselves reeling at 110/5 in 17.5 overs. But Prasanna’s heroics saved the day for Colombo Stars as they picked up two important points to go third in the table.