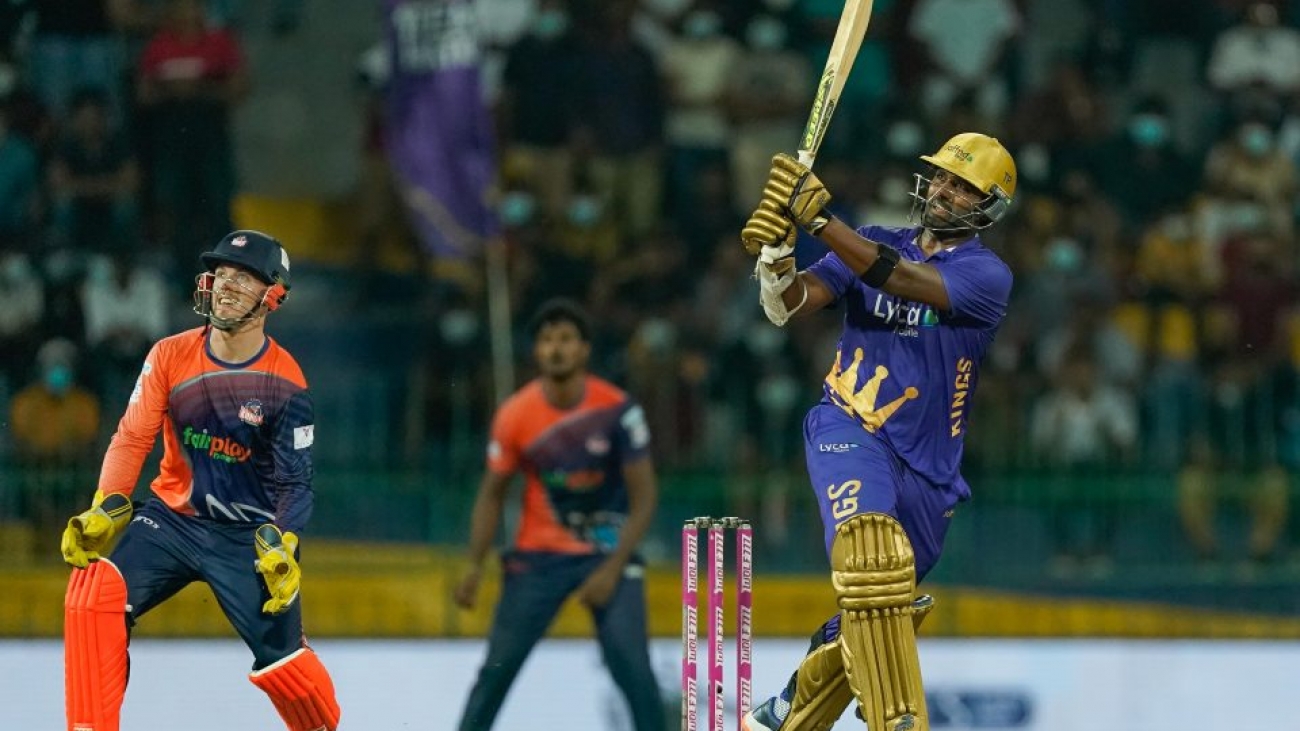 Jaffna Kings defeated Kandy Warriors by 7 wickets via the DLS method in a rain-curtailed match in the Lanka Premier League on Sunday. After being asked to bat first, Warriors’ opener Charith Asalanka scored 44 runs in 34 balls to help his team post 94/2 in 12.2 overs.

The rain caused a stoppage in the match, ending Kandy Warriors’ innings at that point, and by the DLS method, Jaffna Kings were asked to chase down 95 runs in 10 overs.

Jaffna Kings got off to a solid start in the chase with Avishka Fernando scoring 23 runs in 12 balls at a strike rate of 191.67, helping his team cross 50-run mark in just 5 overs. But Fernando and Tom Kohler-Cadmore were dismissed in quick succession, as Kings found themselves reeling at 52/3 in 5.1 overs.

But veteran cricketer Shoaib Malik and Jaffna skipper Thisara Perera kept cool heads and stitched an unbeaten 43-run stand to chase down the target in 8.4 overs and helped the team pick up a big win.

While Malik scored 14* in 9 balls, Perera scored 29* in 13 balls in the chase. Malik, who had also registered figures of 19/1 in his 3 overs with the ball, was named man of the match for his allround performance. 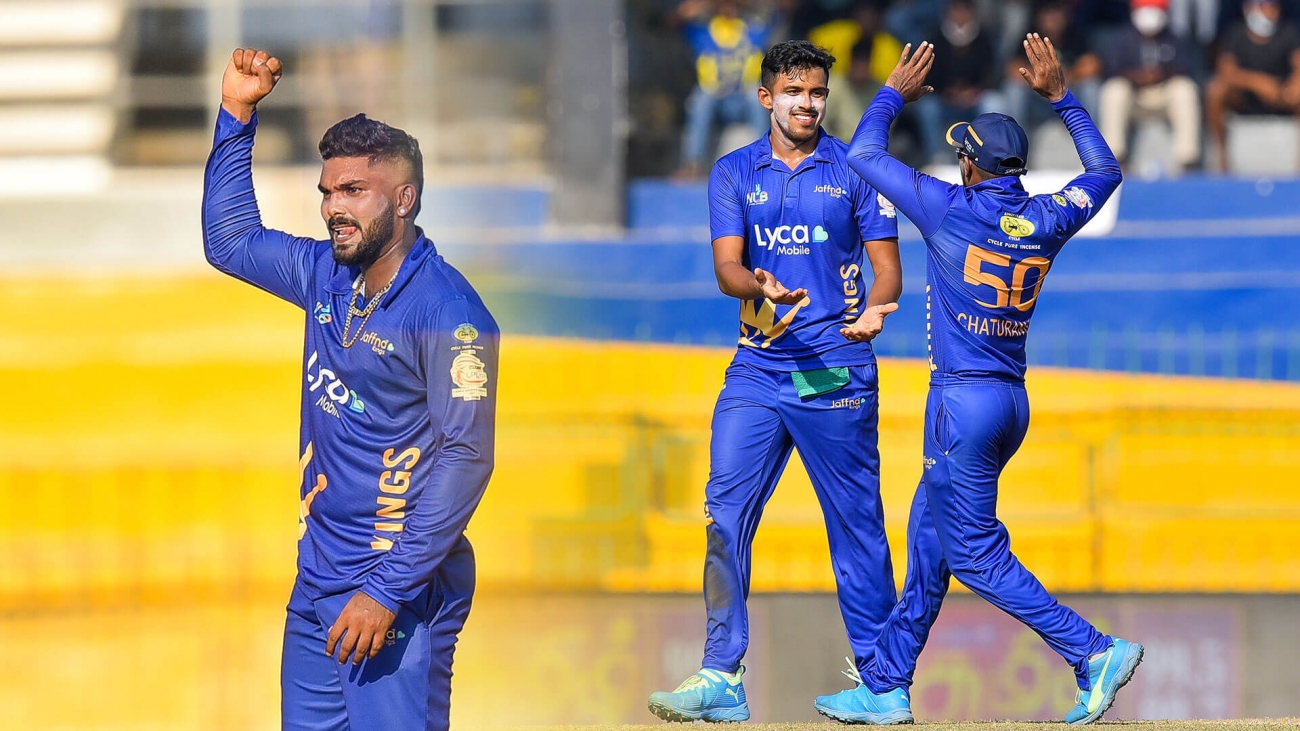 Jaffna Kings registered a comprehensive 8-wicket victory over Dambulla Giants in the Lanka Premier League at the R. Premadasa Stadium on Tuesday.

It was a king size finish by Thisara Perera’s team as they galloped to 114 for 2 in just 12.3 overs with Tom Kohler-Cadmore finishing on an unbeaten 45 off 30 balls. Shoaib Malik provided the final flourish, smashing 3 sixes in his innings of 26 runs from 10 balls.

Opening batsman Avishka Fernando set the tempo for Jaffna Kings with a 27-ball 33 innings. He strung a second wicket partnership of 63 with Kohler-Cadmore. Maheesh Theekshana was adjudged the Player of the match.